Who Should Wear a Tiger's Eye Crystal?

Tiger's Eye crystals are beautiful semi-precious stones and powerful healing crystals. They have a wide range of beneficial properties and can be used in many situations. Let’s take a look at some of the key features of the stone, its uses, and who would benefit most from using a Tiger's Eye crystal. Keep on reading! 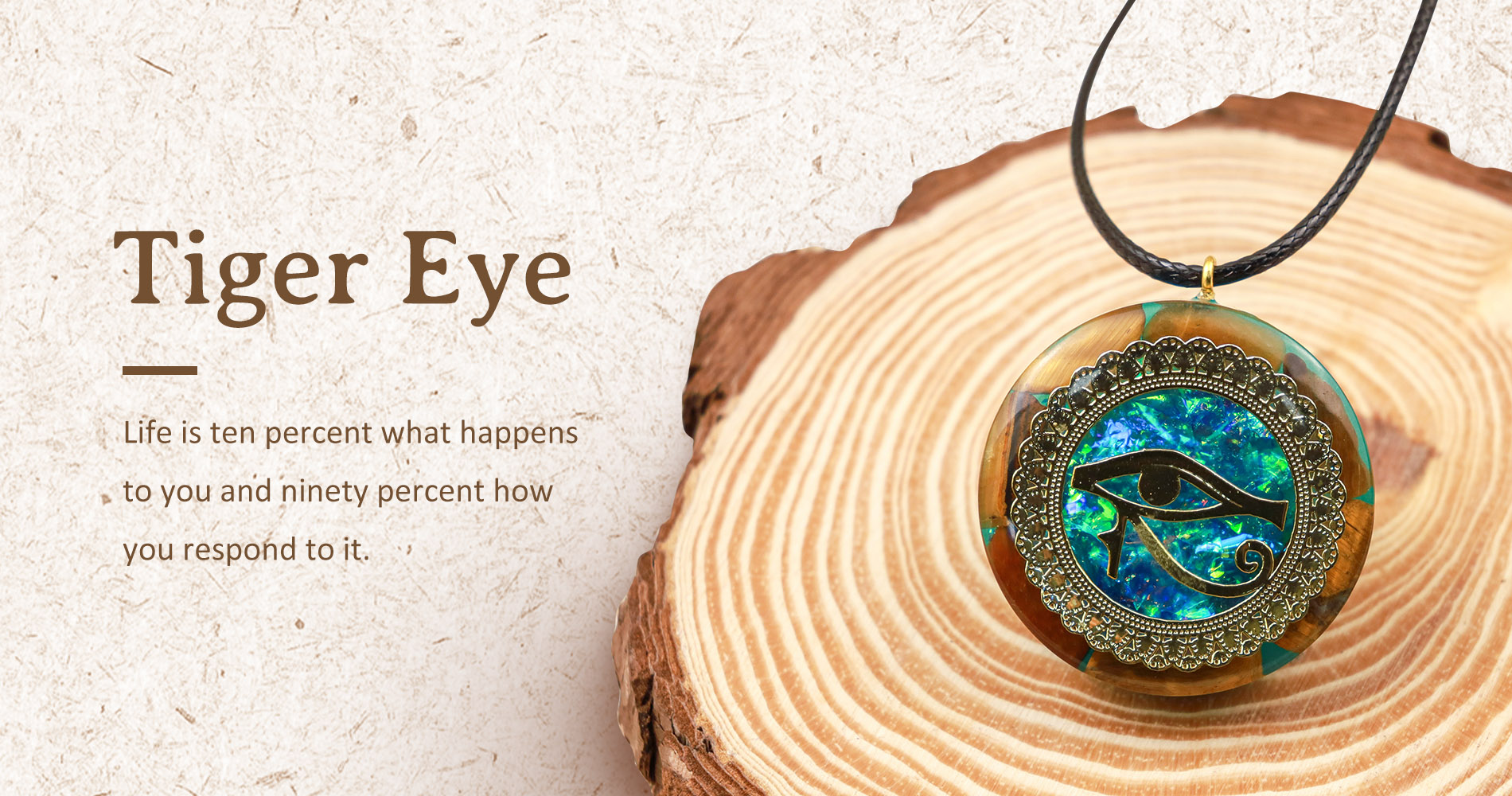 What Is a Tiger's Eye Crystal?

Tiger's Eye crystals are special healing crystals with several unique properties. One of the first things you notice about the stone is its striking appearance. Most Tiger's Eye stones come in various shades of red, orange, and black, which is probably the reason for its name.

These colors are arranged in an alternating pattern of light and dark bands, a distinctive feature known as chatoyance. The stone also has a smooth, silky, luster and gleams brightly when held up to a bright source of pure light like the sun.

The crystal is a type of metamorphic rock and is found in several countries all over the world. It is commonly mined in South Africa, Brazil, Australia, China, Canada, India, Burma, Namibia, and Spain.

However, despite its alluring appearance, there is more to the stone than meets the eye. Within the world of healing crystals, the Tiger's Eye crystal is known to be a powerful stone in the right hands and one with strong properties.

Who Should Wear a Tiger's Eye Crystal?

Even though anyone can enjoy the benefits of a Tiger's Eye crystal, the stone can be used effectively by certain individuals to achieve outstanding results.

Tiger's Eye crystals have long been associated with traits such as bravery, motivation, and self-confidence, especially red Tiger's Eye stones. Ancient Roman warriors even wore these stones into battle and drew courage from them in times of need. The stone is a powerful tool for anyone who struggles with issues such as anxiety, phobias, depression, and low-self esteem.

Despite not being primarily known for their healing abilities, Tiger's Eye crystals are still powerful healing stones. This is especially true of blue crystals, which also give off a calm, reassuring and soothing aura.

The stone can be used to heal a wide range of physical and mental ailments. This includes hormonal imbalances, aches, sleep disturbances like nonrestorative sleep, issues with blood circulation, and so on. A great way to achieve this is to combine the stone with other powerful healing crystals such as clear quartz, lace agate, bloodstone, and so on. Tiger's Eye crystals can function as a source of motivation, willpower, and determination, especially in times of dire need. Individuals in high-stress environments who feel themselves suffering from frequent burnouts or chronic fatigue can use this stone to rejuvenate the inner fire within them.

Harmful energies such as EMF waves and negative energies are becoming an increasingly common part of our daily lives. EMF radiations from cell towers, cable lines, and even electronic gadgets have been linked to a wide range of physical and psychological issues such as headaches, anxiety, depression, nausea, vomiting, fatigue, loss of libido, and even suicide.

Tiger's Eye crystals can be used as warding stones to create a powerful aura of protection around the wearer which dispels these energies and also converts them into positive energy. This helps give off an aura of healing and positivity around the wearer. They can also be buried or kept around sources of this EMF radiation such as electrical devices and cell towers (as long as it won’t get you in trouble with the law).

Tiger's Eye crystals are powerful meditation tools as well and can be used as visualization aids during meditation. Many individuals like to hold the crystal in their palm while meditating or use it as a part of an orgone pyramid to help them achieve a deeper plane of understanding.

Purple Tiger's Eye crystals in particular have long been used as a channel to awaken the Inner Eye. They have a strong connection with the Crown Chakra and have been used by many individuals to draw inspiration or bolster creativity as well.

Individuals with blocked chakras can also use the stone to heal the flow of energy within them. This can be done through meditation and prayer, cleansing baths with the stone, healing sessions, or simply keeping a piece of the crystal in close contact with you at all times. Blocked chakra can manifest in a variety of ways such as excessive negative thoughts, palpitations, headaches, strange illnesses, chronic fatigue, sleep disturbances, and so on.

The Tiger's Eye crystals may not have the reputation of gold or amber when it comes to attracting prosperity and wealth, but it is definitely a powerful stone in its own right. The stone can be used to attract good fortune to the user and those around them. It also helps in decision-making by guiding the individual in the oath that will most likely lead to success. It can also be a source of inspiration during brainstorming sessions, so carrying a piece of Tiger's Eye crystal to your place of work is definitely not a bad idea. How To Clean a Tiger's Eye Crystal

Even though Tiger's Eye crystals have numerous mystical qualities, they are still gemstones. Like all gemstones, they may collect dust with time and lose some of their characteristic luster and shine. Therefore, it is important that you clean your Tiger's Eye crystals at least every three months not only to help them retain their outward allure but to also cleanse and rejuvenate their inner energy. Let’s take a look at the safest way to clean Tiger's Eye crystals.

Crystals are made out of minerals and many minerals tend to dissolve when exposed to water. Such minerals typically have a hardness reading below 5 on the Mohs scale and are called soft crystals. Luckily Tiger's Eye has a hardness reading of 6.5-7 and is considered a hard crystal. Therefore, it can be safely washed in water.

Use lukewarm water mixed with a mild, organic soap to avoid damaging the crystal as Tiger's Eye may react with some common acids used in chemical soaps. Dip a soft cloth in the solution and use it to gently wipe away any dust or dirt which may have accumulated on the crystal surface over time. After this rinse the stone under clean running water and pat the stone dry with a soft cloth.

Cleaning a Tiger's Eye crystal involves more than just ridding it of its outward impurities. It is important to also cleanse the stone of any negative energies it may have absorbed and recharge it with positive ones. This can be done in three main ways. Simply ignite your favorite incense and place them around the stone for several minutes. You can also cleanse the environment around you and the stone as well while repeating words of affirmation, prayer, and mantras. Remember to perform this in an airy space and observe all fire safety protocols.

To achieve the best results you can combine several of these methods. 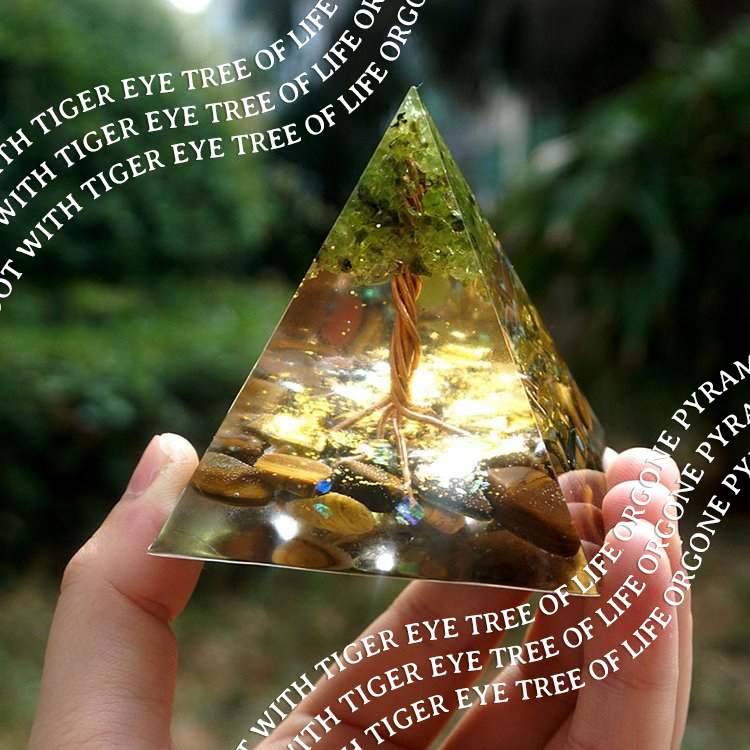 Tiger's Eye crystals are powerful stones and can be used to achieve a wide range of useful purposes. They are filled with radiant energy and are sure to dispel any darkness around you. However, it is important to remember to clean and recharge these stones regularly to gain the maximum benefit from their mystical properties.