The Ultimate Guide to Orgonite Crystals

If you’re familiar with the use of healing crystals, you have probably heard about orgonite crystals and orgone energy. However, a lot of confusion exists surrounding these terms. In this article, we’ll explain what orgone energy and orgonite crystals are, the connection between the two, and how the crystals can be used as a powerful medium to harness this mysterious energy. 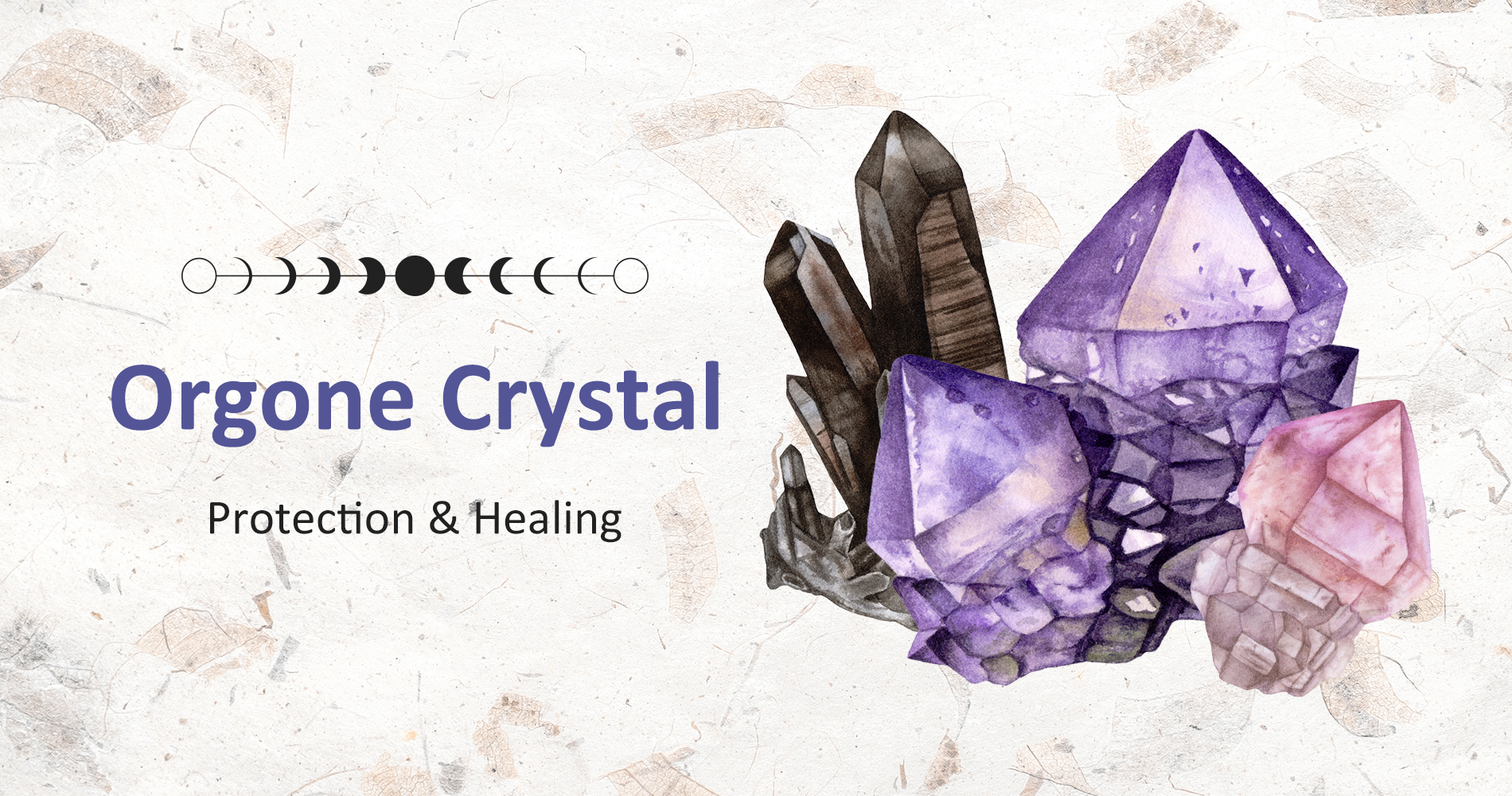 What Is Orgone Energy?

Orgone energy has been called many names over the years. Chi, prana, Ka, life-force, even the ever-elusive “zero-point” energy that objects seem to possess at temperatures that should be devoid of all kinetic energy. However, the true nature of orgone energy was best described by its major proponent, Wilhelm Reich, in the 1930s.

Reich believed that orgone energy was a type of universal force that was found to exist around all living things. He believed that this energy was one of the primordial building blocks of life itself and certain physical occurrences could be explained by the flow (or lack of flow) of orgone energy all around us.

To prove this hypothesis, he developed several devices known as orgone accumulators. These were designed to detect, harness, and focus orgone energy through the use of special physical materials found on earth such as metals and crystals. While many of these devices have been lost to time, some persist till today. However, few are as popular, and powerful, as the orgonite crystal.

What Is an Orgonite Crystal?

An orgonite crystal is a popular type of orgone accumulator. It is made of several different types of crystals and metals (known as inclusions) encased in a resin shell. This helps create a perfect blend of organic (resin) and non-organic (crystals and metals) materials.

Orgonite crystals come in a wide range of shapes and sizes, from the famous orgone pyramids to bracelets, amulets, and even rings. This depends on the preference of the user and the purpose of the crystal itself. The Key Components of Every Orgonite Crystal

As we mentioned earlier, orgonite crystals come in a wide range of shapes, patterns, and inclusions. The primary components of orgonite are crystals, metals, and resin. Let’s take a closer look at each of these individual components.

Crystals have been used as conduits for harnessing and channeling energy for over 4 millennia. Many different types of crystals exist, each of which possesses unique properties and functions. Let’s look at some of the most popular crystals commonly used when making an orgonite crystal.

Clear quartz is a healing crystal that is also known as the Stone of Clarity because it resonates with the Crown Chakra. It is one of the most commonly used stones for making an orgonite crystal and some experts believe that every true orgonite must have a piece of clear quartz. It is a stone of visualization and focus. This makes it the perfect tool for meditation. Known popularly as the Sun Stone, it is easy to understand why when taking a look at the warm, golden, radiant appearance of amber. This stone has for centuries been associated with warmth, healing, and vitality. Amber also helps convert negative energy into positive waves. The stone is commonly used as a source of strength and happiness for those who deal with depression, especially during the cold winter months.

Amethyst is the ultimate cleansing stone and is strongly associated with the conversion of harmful energies into healing ones. That is why it is such a popular inclusion in orgonite crystals and is commonly used during meditation. Amethyst stones are commonly placed around the home and form a hub of protection from various external and internal negative energies.

Black onyx is a grounding crystal. This means that the stone helps users create a connection with the Earth and utilize the energies radiating directly from within it. The stone has been seen as a source of strength, stamina, resolve and balance. It is also popularly used by women during childbirth as a source they can draw all these qualities from. 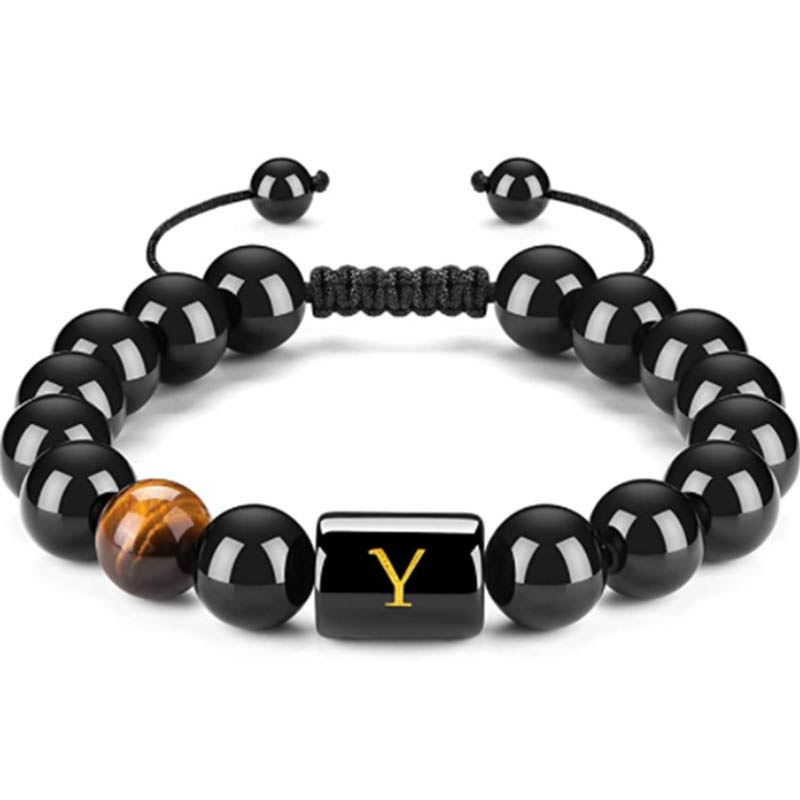 The power of the jade stone seems to have been most well recognized amongst the ancient Chinese. The stone has numerous applications and can be used as a stone for healing, luck, longevity, and building healthy relationships. The jade stone has been closely associated with the Heart Chakra and as such helps individuals seeking qualities like love, compassion, forgiveness, and empathy. Stainless steel is known for its self-healing ability. This is further supported by its durability and resistance to corrosion. The metal also has antimicrobial and allergy-soothing properties, making it an ideal stone to use for those who are seeking healing from physical ailments.

Aluminum is a protective metal that creates a shield around the wearer. It is also said to be great for protection during meditation and astral travel, times when your inner soul is most vulnerable to the harmful effects of negative energies. Aluminum is associated with Mercury and the element of Air. This means that the metal is strongest when combined with stones that harness this same energy.

Copper is an ancient metal, and probably one of the oldest after gold and silver. Known for its ability to conduct energy, copper has been used as a conduit for thousands of years. It is commonly associated with the planet Venus and has been used as a healing charm, especially for conditions affecting the circulatory system.

Silver resonates most strongly with Yin energy and the moon. It is known for its soothing and healing ability, especially when it comes to issues concerning hormonal disturbances. Silver is also closely associated with the Divine Feminine and bestows the user with understanding, intuition, forgiveness, and love.

Gold is another metal that has been associated with protection over the years. However, the most popular use of gold is as a good luck charm and prosperity magnet, especially when it comes to financial wealth. Gold resonates with the sun, Yang energy, and the fire elemental. This makes it a key source of strength, vitality, and confidence.

The resin used to bind all these inclusions is a synthetic organic material. It allows these stones and metals to be crafted into unique shapes and patterns which amplify their properties.

For example, pyramids have long been connected with the transition between life and death. Circles represent infinity, completeness, and unity. Spirals are commonly found in nature and may activate a deeper level of consciousness. Triangles represent the trinity of the body, soul, and mind in many religions and cultures, and so on.

What Is the Connection Between Pyramids and the Orgone Crystal?

Even though orgonite crystals come in a wide range of shapes and sizes, they seem to be more powerful when shaped into orgone pyramids. So why does this occur and how can we utilize this mysterious connection to our advantage?

Many cultures from vastly different parts of the globe independently discovered the connection between life energy and pyramids. However, the ancient Egyptians were by far the first civilization with documented use of pyramids, with the first known pyramid being built in the 27th century BC.

The ancient Egyptians believed that a second life resided within every individual known as Ka. This was similar to a soul and was believed to be a continuation of the individual in the afterlife. Pyramids were seen as a connection between Heaven and Earth, a primordial shape that allowed the ancient mystics to funnel the energy of the Universe and ease the passage of their kings into the afterlife.

In the end, many cultures have various beliefs surrounding this shape and the structures built after it. However, it is impossible to ignore the power behind pyramids and their connection to life. By crafting orgonite crystals into this peculiar shape we are taking advantage of this to create a stronger conduit through which we can channel the energy of life itself.

Orgonite crystals have been used for a wide range of applications over the years, but let’s take a look at their more common uses. How To Use Orgonite Crystals

Orgonite crystals can be used in a variety of ways. 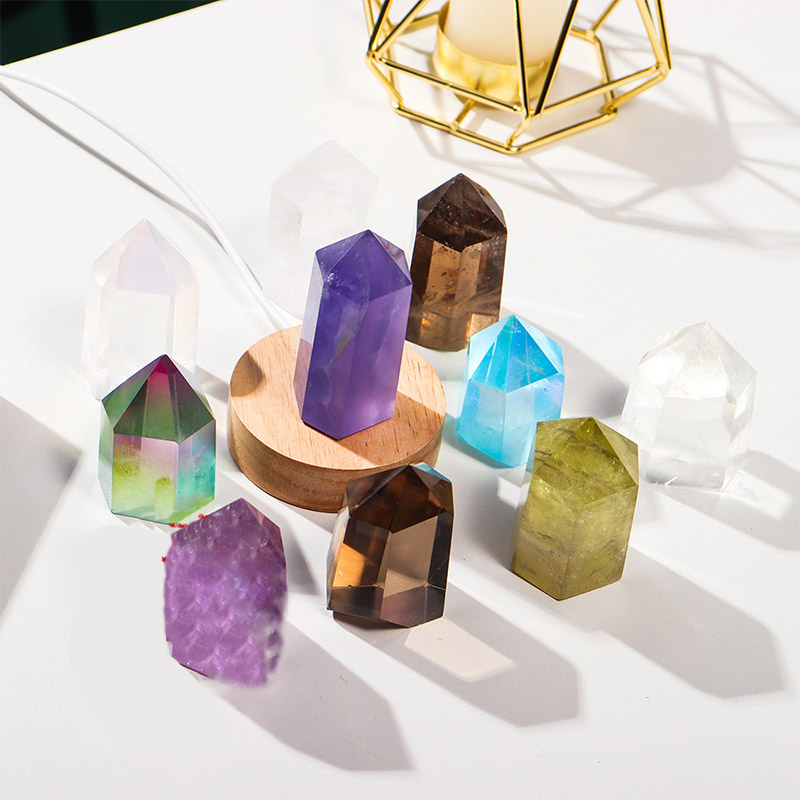 Orgonite crystals are a blend of organic and inorganic elements. Each crystal is unique and has peculiar properties which can be closely suited to the needs of the user. These powerful tools are just one of the ways we can manifest the infinite orgone energy surrounding us and obtain a deeper harmony with the energies that flow through us.