About the Tree of Life - A Beginner's Guide

The World Tree, Sefirot, Yggdrasil, Etz Chaim - these are all names for a mysterious entity that is found in numerous cultures and religions and is a pillar of mysticism - the Tree of Life. There are many other mentions of a similar entity from various sources, leading many to believe that many cultures may have actually interacted with the tree in the past. 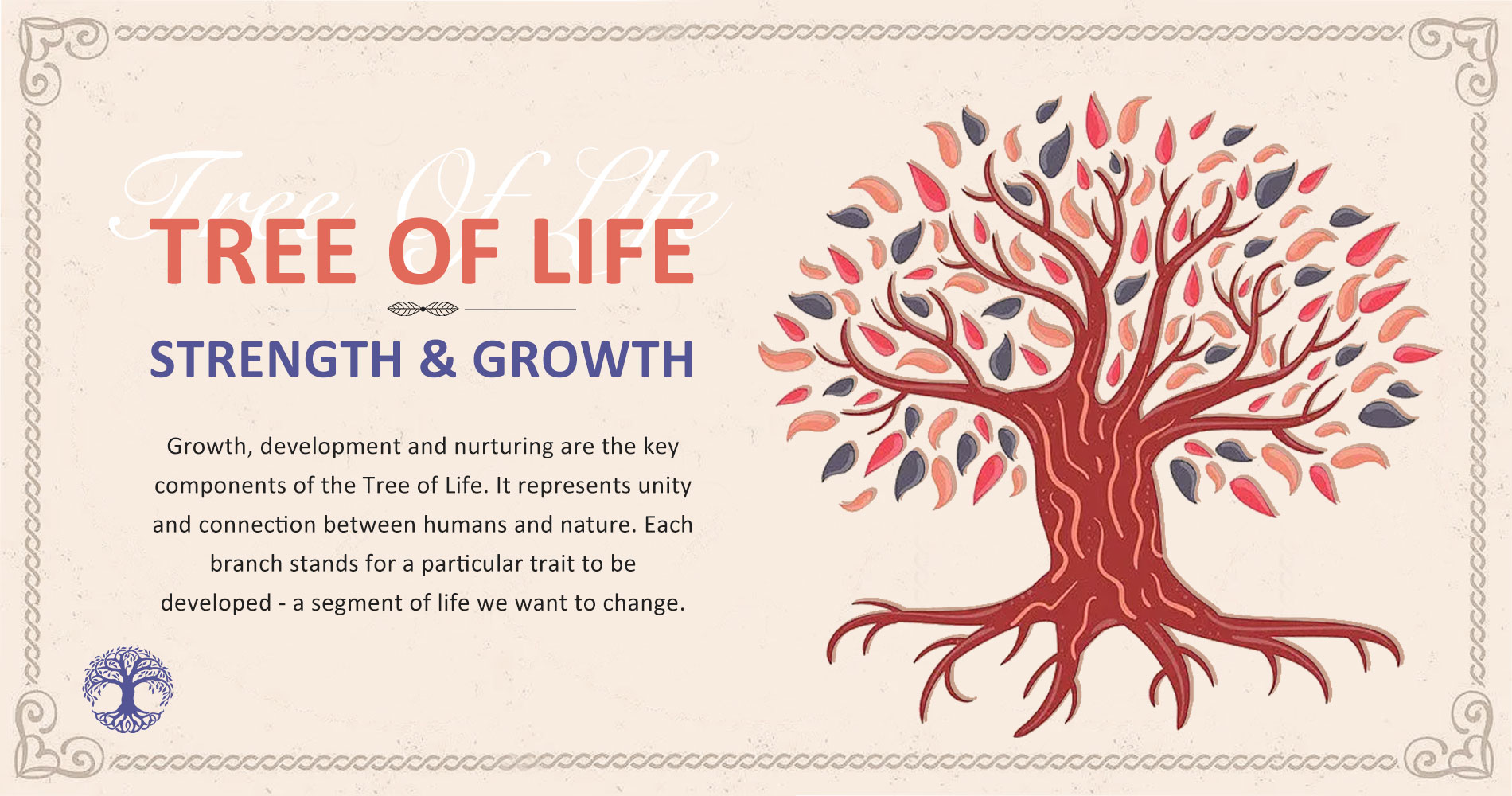 This spurred a fervent search for the location of the tree and a deeper look into the meaning of its powerful symbolic nature as well. In this article, we’ll discuss what the Tree of Life represents, its appearances in various cultures and traditions, and the associations of the Tree with other branches of mysticism and spirituality.

Different Places the Tree of Life Was Mentioned

Let’s take a look at a few prominent places the Tree of Life was referred to in various cultures all over the world.

The Tree of Life is most commonly associated with the Christian, Jewish, and Islamic creation stories. It was described as a mystical fruit-bearing tree that was planted within the Garden of Eden along with the Tree of Knowledge and granted immortality to whoever consumed its fruit. Unfortunately, humanity was cast out of the Garden after disobeying Gif by consuming the fruit of the Tree of Knowledge. In Norse mythology, there is another mystical tree known as Yggdrasil or the World Tree whose branches were said to extend to the heavens. It is described as an enormous ash tree upon which the Norse God Odin sacrificed himself in exchange for all the knowledge in the world. It is also a common meeting place of the gods and extended into the nine realms mentioned in Norse cosmology.

Within Buddhist culture, the Tree of Life is known as the Bodhi Tree, also known as the Tree of Awakening or the Tree of Enlightenment. It was described as a large sacred fig tree located in Bodh Gaya, Bihar, India under which the mythical Buddha was said to have attained Nirvana. The Ancient Celts also believed in the Tree of Life and it was a powerful symbol within their culture representing harmony and balance. They believed that it represented a bridge between the different planes of existence, with the roots reaching out to the Underworld, the trunks representing the mortal plane, and having branches that touched the Heavens.

In some mythical accounts in Greek culture, there exists an ancient oak tree borne out of a union between the god of thunder Zeus and Gaea, the goddess of the earth. Its roots were said to reach out into Tartarus (the Underworld) and the branches reach out to Olympus, the abode of the gods themselves.

What Does the Tree Represent?

The Tree of Life is mentioned in numerous cultures in many different contexts. To some, it was seen as a physical tree connecting the heavens to the earth. Among others, it was seen more as a structure whose breaches represented the interconnectivity between all people from different places. However, there are some overarching themes that seem to occur commonly when speaking about the Tree. 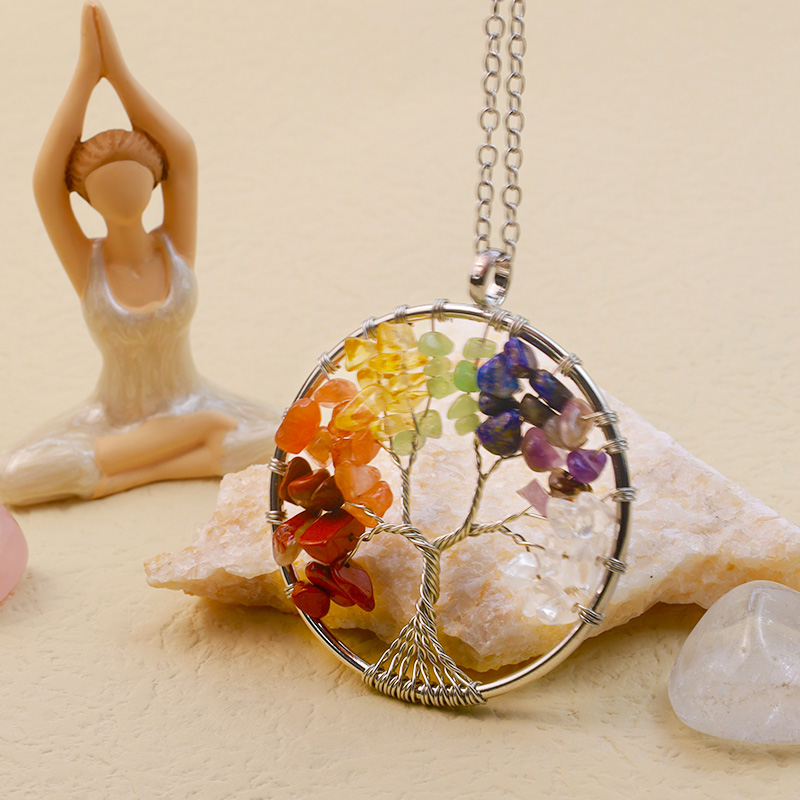 The Tree of Life was said to represent the connection between all living things and how different people spread all over the world were connected by a single root which represents the source of all life. This is meant to show how we can be affected by the actions of those around us and how our actions can also affect other individuals in ways we could never imagine.

Just as it is a common practice to describe genealogies as “family trees”, the Tree of Life is also meant to represent the family as well. The Tree of Life does not just represent one’s living relatives but extends its roots back to your ancestors as well and the wealth of knowledge they hold. The Tree also represents the future as its branches are constantly growing and producing new branchlings. A Symbol of Rebirth

In many cultures, the Tree of Life is also seen as a sign of immortality. However, immortality means more than everlasting life, it can also refer to the natural cycle of death and rebirth. Seeds are planted, grow into mighty trees, bear seeds of their own, and die. This natural cycle ensures that the original tree never truly dies, but lives on in every new tree that is borne out of its seeds. This explains how we can live on forever through the people we influence in our lifetime, be they our children, friends, or even strangers we meet along the journey of life.

The Tree of Life is a symbol of growth and overcoming the challenges life has placed in your path. The strongest trees have the deepest roots and each challenge it faces leaves the tree standing stronger than ever by encouraging it to dig its roots even deeper. In that same vein, everybody needs a strong set of core beliefs that guides their lives and serves as a source of strength when faced with the challenges of life.

Even as the Tree of Life symbolizes our connection to all other life on this planet, it also describes how special each life is. No two trees are ever alike. Each is a product of a variety of unique conditions which affect how the branches grow, how deep the roots go and the scars it bears. This represents how we are each a product of our unique circumstances and how we can use these experiences to build ourselves into better individuals. How Is the Tree of Life Associated With Chakras?

Within certain cultures, the Tree of Life is not seen simply as a physical tree, but as a system of branching channels through which energy flows both within us and the Universe surrounding us. This system has various names and interpretations in different cultures, most prominently the Kabbalah in Jewish culture.

The Kabbalistic Tree has ten nodes as well, referred to as Sephiroth/Sefirot, which have been found to correspond closely to the seven chakra points which regulate the flow of energy within our bodies. An understanding of both systems and what each pint represents is a great way to enhance your inner knowledge and further your journey towards enlightenment. How Is the Tree of Life Associated With Healing Crystals?

Healing crystal trees combine the unique properties of different stones with the symbolic power of the tree of life to create a powerful channeling and warding tool. These objects come in various shapes, sizes, and designs, and can be made with one stone or a mix of different crystals. The particular crystal used depends on the needs of the user.

A popular type of healing crystal tree is the feng shui crystal bonsai tree which combines healing crystals trees with the property of feng shui - a form of geomancy that seeks to create a balance between one and their environment. This is achieved by directing the flow of cosmic energy - also referred to as Qi - through the careful orientation of objects and structures within your immediate surrounding. The Tree of Life is a powerful concept found in many cultures and traditions. It is associated with growth, unity, individualism, and immortality. The powerful symbolism of the Tree has also been combined with other well-known mystical tools like healing crystals, chakras, feng shui, and so on.

While the quest to find the physical tree rages, we should all remember to nurture the Tree of Life within us and strive to ensure that its branches bear fruits of love, peace, and kindness to all those around us.

Even though no conclusive evidence has been found concerning the physical existence of a “universally accepted” Tree of Life, many experts believe that there may have been a physical Tree of Life which many cultures interacted with over the years. Despite this, some prominent traditions and cultures have ancient trees they refer to as the Tree of Life.

The Tree served several different functions in various cultures. It was a source of immortality, healing, wisdom, home to a range of mythical creatures and gods, and the birthplace of the world itself. In contemporary mysticism, the Tree is a powerful symbol that represents many of the goals we strive for on our path to enlightenment.