What is Orgonite? What are the Benefits of Orgone Pyramids? 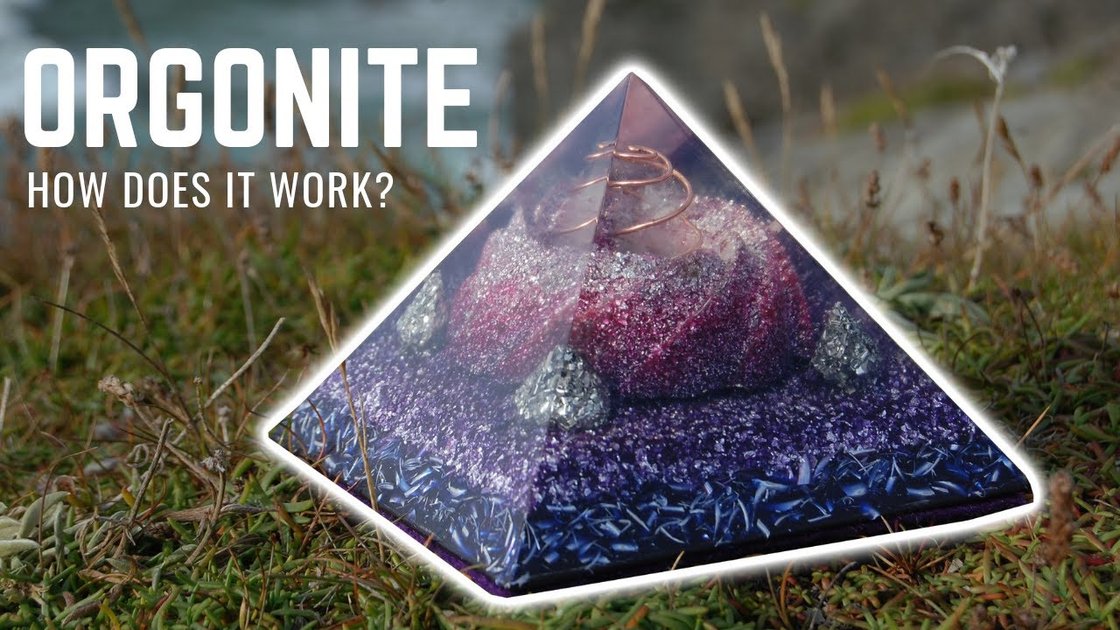 What are Orgone Pyramids?

The Orgone Pyramids are developed by Austrian Psychoanalyst Reich Research at the beginning of the 20th century. Dr. Wilhelm Reich introduced the term "orgone" and it refers to a blend of quartz crystals, metals, resin, and semi-precious gemstones in desired proportions for balancing the vital energy or orgone.

Orgonite is a mixture of catalyzed fiberglass resin with metal shavings, particles or powders, poured into molds. It is said to attract aesthetic energy similarly to Reich's accumulators. Some people also add a couple of crystals to the mixture for their ability to make the energy more coherent or to enhance the working of the orgonite. Thus orgonite basically is a substance that functions as a self-driven, continuously-operating, highly efficient energy transmutation device, drawing in negative life energy and transmuting it into positive energy.

The resin in orgonite shrinks during the curing process, permanently squeezing the quartz crystal inside which creates a well-known piezoelectric effect inside the crystal, meaning its end-points become polarized electrically, this apparently causes it to function more effectively as a positive energy generator. Although crystals improve the function of orgonite, they are not necessary for the orgonite to work.

These devices are built with easy-to-find materials. Orgonite is simply a mix (approx. 50/50 ratio) of metal and resin (polyester, urethane, or epoxy). It can be poured into all kinds of shapes: pyramids, cones, disks, cylinders, and pendants, to name a few.

A cloudbuster is made of copper pipes filled with double terminated crystals, sealed in resin, and embedded in an orgonite base.  These are designed for property protection against chemtrails, EMFs, and negative energy produced from multi-sources.

Why Use Orgonite Pyramids?

There are numerous ways that we can benefit from orgone energy, but you can basically summarize its benefits to overall improved health. The different negative energies around us can affect us both mentally and physically, so increased orgone energy can greatly impact your life.

In the short run, you’ll notice that your daily stressors are eased and in turn, stress-related problems like fatigue and headaches can be decreased. It can also ease your mind for better spiritual healing.

Orgone energy also has the powerful ability to negate the harmful effects of electrosmog and radiation in our surroundings. With EMF pollution becoming abundant with the continued advancement of technology, you need orgone energy to neutralize its negative effects on our homes and communities.

THESE ARE THE COMMON EFFECTS THAT EMF POLLUTION HAS ON OUR BODIES:

What are the Benefits of Orgone Pyramids?

We have seen that many people have heard about orgone pyramids but they don’t really know what is it or how it works. This man-made crystal has the prowess of orgone energy which is adequate for mitigating hordes of ailments. When orgone energy is trapped in the pyramid shape, the potential of these pyramids amplifies manifold.

As a result, it becomes mighty enough to proffer a host of benefits: The first, and most obvious one, is its ability to counter the negative effects of EMF radiation.We are well aware that satellites and electrical grids and other sources of EMF have a negative impact on our health. An orgone pyramid helps in neutralizing the radiation so that your family stays protected from its negative effects.There are numerous spiritual and physical benefits to the orgone pyramid. Physical ailments and diseases are nothing but the body’s manifestation that negative energy has accumulated.  The ability to clear negative energy and produce positive energy makes the orgonite pyramid especially beneficial for those living in the city. It can cleanse your environment of negativity, which can greatly reduce the daily stressors you experience. You can expect less anxiety and stress while your vitality is improved. The positive energy from orgone pyramids also spills over to the plant life and water around you. This energy can detoxify water and improve your food, allowing it to last longer. Many people have experimented with placing orgone pyramids near their plants and have noticed that their plants grow faster and yields better! The positive energy that the pyramid is endowed with improves the ability to concentrate and focus on work. Moreover, it creates an ideal environment for breathing exercises and meditation. When you can practice uninterrupted meditation for long, you can surely benefit spiritually.

In other words, there is a limitless variety of how you can benefit from the orgone pyramids.

How to Use Orgone Pyramids?

The mixture of quartz, metal, and resin in an orgonite tool works naturally to draw in and cleanse orgone energy without any prompting from you. Merely placing it within an area with questionable energy will improve the conditions, such as:

If you actually use an ion meter, you’ll see that the device would show negative ions increasing as it draws closer to an orgonite pyramid. It sounds counterintuitive, but negative ions actually have a positive effect on the human body. You can actually test your orgone pyramid yourself by performing a little ice experiment. If you place an orgone pyramid underwater and freeze it, you can see the pulse of energy and ionizing effect on the ice. How to Care for the Orgone Pyramid?

Burning sage which is also called smudging is a very ancient spiritual ritual. Smudging is a highly effective native American tribal and cultural practice even though it is not widely practiced by everyone.

Some native American tribes like the Chumash, Lakota, and Cahuilla should be thanked for these efficacious practices. We can see many cultures around the world that share similar rituals. Practicing these rituals help in keeping away viruses, bacteria, and fungal growth. What is the First Thing to Do When You Get the Pyramid?

The first thing to do is to clean and then charge up the orgone pyramid. After that, you can turn the instrument into the most effective source of vitality in your home.

Then you have to place the direct in the source of direct sunlight for about half an hour. Alternatively, you can bathe it in healing sounds like tuning forks, sound bells, and even classical music.

Your next course of action is to connect with your crystal. Hold it close to your chest and try to envision the infinity symbol forming between your heart and the crystal. After this, you may set up an intention. Make sure that you do not intend to harm anyone and try to reach your highest self with the aid of the pyramid.

As you are enlightened about how orgonite pyramids can bring about a positive change in your life, we would like to draw your attention to that the pyramids we make are not suitable for leaving outside for a long stretch of time.

They are made from eco-friendly resin that cannot survive very harsh weather conditions. One of the most talked-about areas of these pyramids is how they aid in divinizing an area. Orgonite radiates high levels of harmonic energies that are much needed in our homes.