The use of healing crystals is by no means a new trend. For several millennia our ancestors have long been aware of the mysterious power hidden in certain gems. Contemporary scientific studies have illustrated the curious properties of stones like clear quartz. In this article, we’re going to explore the properties of a powerful crystal whose benefits have long been known...Tiger's eye crystals. 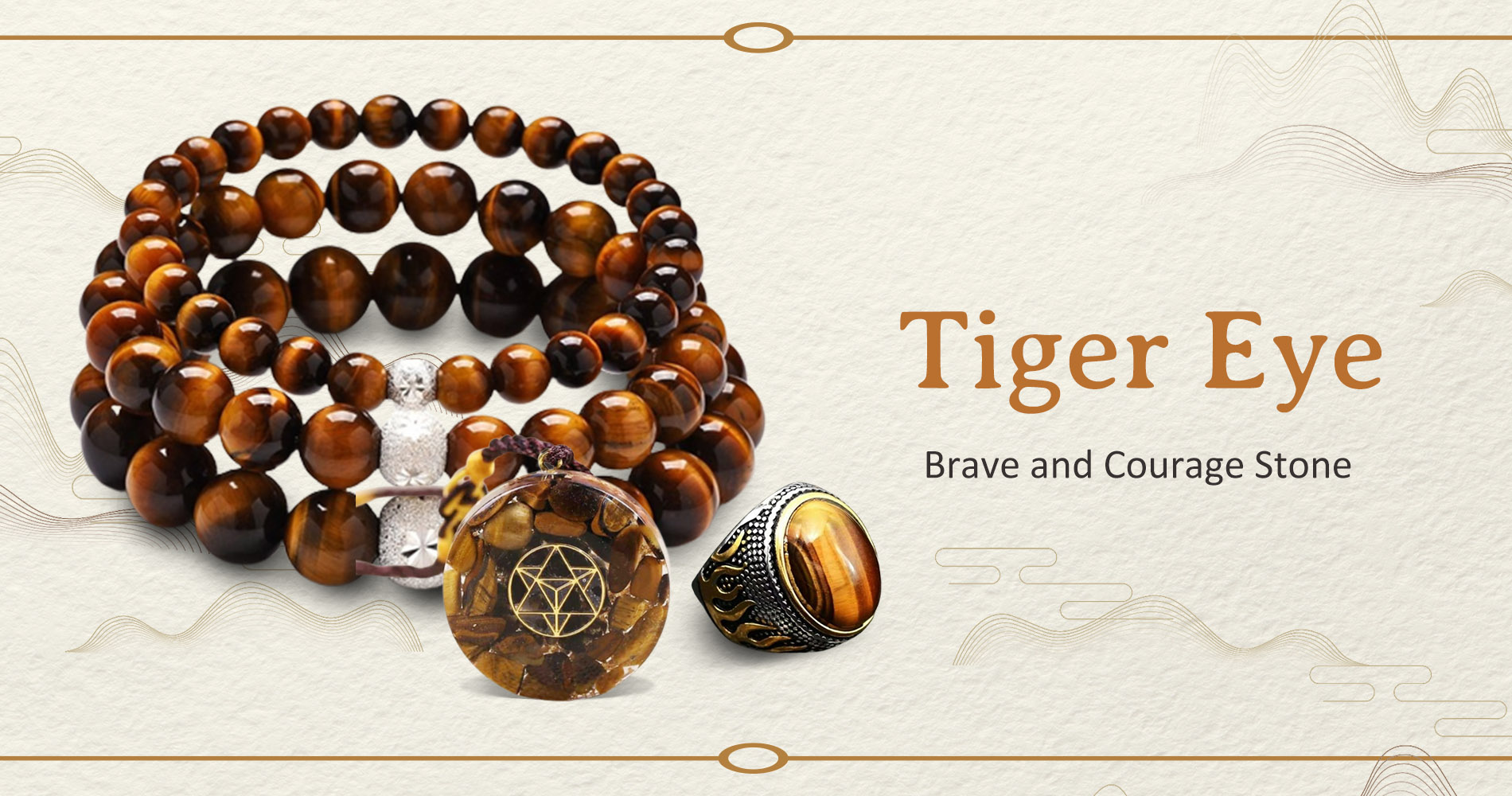 What Are Tiger's Eye Crystals?

Tigers Eye crystals are special healing crystals with several unique properties. One of the first things you notice about the stone is its striking appearance. Most Tigers Eye stones come in various shades of red, orange, and black, which is probably the reason for its name.

These colors are arranged in an alternating pattern of light and dark bands, a distinctive feature known as chatoyance. The stone also has a smooth, silky, luster and gleams brightly when held up to a bright source of pure light like the sun.

The crystal is a type of metamorphic rock and is found in several countries all over the world. It is commonly mined in South Africa, Brazil, Australia, China, Canada, India, Burma, Namibia, and Spain.

However, despite its alluring appearance, there is more to the stone than meets the eye. Within the world of healing crystals, the Tigers Eye crystal is known to be a powerful stone in the right hands and one with strong properties. Let’s take a deeper look into some of the benefits of the stone and how they can be used for maximum effectiveness. Tigers Eyes have been used for a wide range of purposes. Let’s take a closer look at a few popular uses of Tigers Eye crystals.

One of the most prominent features of Tigers Eye crystals is their ability to enhance the self-determination, confidence, and willpower of the user. That is why warriors of Ancient Rome went to battle adorned with the gem and drew strength from it in times of need.

Blue Tigers eye crystals have long been used as healing stones due to the soothing and balanced energy they produce. They can be used to cure a wide range of physical and mental ailments such as aches, nonrestorative sleep, chronic fatigue, and other maladies. Tigers Eye crystals, especially the original red stones, have been known to boost stamina, vitality, enhance circulation and boost sexual potency. They can be used by individuals who are feeling chronically fatigued or suffer from burnout frequently.

Tigers Eye crystals are also known for their use as protective stones as well. They create a powerful aura that repels harmful forces and amplifies the effect of positive energies around you.

Red Tigers Eye crystals are also used to attract wealth and fortune to the wearer. Use these stones as m tools during meditation to visualize your desires into fruition. Green Tigers Eye crystals can also be used to boost productivity and inspiration as well.

Individuals who are struggling with certain conditions like anxiety and depression find Tigers Eye crystals to be a steady source of calm, stability, and courage. Now we know some of the great benefits of using a Tigers Eye crystal we’ll also look at a couple of ways these crystals can be used as well.

Orgone pyramids are special healing tools made of various crystals and metal shavings encased within a pyramid-shaped resin composite. These objects are used to harness special universal energy known as orgone, which is said to surround all living things.

Orgone pyramids are typically used as meditation and warding tools. They create an aura of protective energy around the user which allows them to dispel harmful energies such as EMF waves and convert them into healing forces.

Orgone pyramids are best kept in areas that you spend a significant amount of time in such as your home or place of work. They can also be buried in nearby areas where there are significant amounts of EMF radiation such as radio towers and high-energy cables.

Tigers Eye crystals also make great necklaces. The beautiful appearance of the stone and its mesmerizing gleam make it a popular choice when crafting jewelry. Using a Tigers Eye crystal as a necklace is a great way to create a portable aura of positivity and courage around you. The stone can act as a source of strength while you go through the challenges of life.

It’s also a good idea to pay very close attention to the metal chain you use to craft the necklace, as well as any additional crystals you may want to add. Creating the right combination of gems and metals can be used to enhance the effectiveness of the Tigers Eye crystal.

For example, certain metals are associated with specific characteristics which you may also find helpful. Gold is seen as the metal of prosperity and financial wealth, silver is associated with healing, iron is the metal of confidence and strength, while copper represents feminine beauty, creativity, and affection.

Other gemstones can also be combined with your Tigers Eye crystal like clear quartz for foresight, obsidian for warding away negative energies and acting as a balancing stone, amethyst for physical and spiritual healing, and bloodstone to improve circulation.

Using healing crystals to craft rings is another well-recognized practice. This is because certain chakras have been found to correspond with certain areas of the hand. For example, the thumb, first, second, third, and little finger are associated with the sacral, throat, solar plexus, third eye, and heart chakra respectively. Likewise, the palm and wrist correspond to the crown and root chakras as well.

This practice is known as the palm chakra system and is a powerful tool in the hands (pun intended) of those who know how to use it effectively. Therefore, wearing a Tigers Eye crystal ring on any of these fingers can help channel the beneficial effects and healing energy of the gem to the corresponding chakra.

Tigers Eye crystals make beautiful bracelets as well. They can be used alone or combined with other stones to enhance their beneficial effects. The chain should also be crafted of metals whose peculiar properties match the particular effects you desire.

The Root Chakra is located at the base of the spine. It is associated with certain traits like stability, vitality, and the elimination of toxins. Combining these two stones is a great way to enhance their individual effects and create a more powerful union.

Also, similar to other jewelry made from Tigers Eye crystals, these pieces can be made with other crystals and metals which enhance the effectiveness of the Tigers Eye. Tigers Eye crystals are powerful tools in the right hands. They have tons of benefits and can be used in a variety of ways which boosts both their utility and their effectiveness. Try out these amazing stones and feel the energy of the Universe coursing into you through the crystal.